We are alumni of the Dominica Cadet Corps (DCC) who, committed to ensuring the continuity and noble legacy of that organization, have sought to organize ourselves in support of the program.

We have formed a support group for the Dominica Cadet Corps linked to Rebuild Dominica, Inc., a US 501(c) (3) non profit organization. It is our hope that by working with Dominicans, and friends of Dominica who appreciate the importance of youth leadership training, civic duty and proper character formation to energize and sustain support for the continued development of the Dominica Cadet Corps.  By being such a DCC support group we hope  to engage the energy, enthusiasm, and generosity of DCC alumni, parents, and friends in order to strengthen their bonds to the organization.

By educating the public about the history of the DCC, in particular its role nation building and emergency relief operations, we craft a more durable, efficient and progressive society.  Further, by maintaining an online archive and presence, advocating for the development of the cadet program, building international alliances, and developing means to fund the program, we intend to sustain the cadet movement on Dominica and across the wider Caribbean. This online presence will consolidate the history of the DCC which has its roots in the Dominica Grammar School Cadet Corps started in 1910. It is also a tribute to legendary cadets who were instrumental in forging the past and present cadet movement, such as Major Earle Lyndon Johnson, Commandant of the Dominica Cadet Corps 1969-1978 and Major Francis Richards who spearheaded the revival of the Dominica Cadet Corps and was Commandant from 2000 to 2010.

In so doing we shall execute on our mission which is to develop the support which the Dominica cadet Corps needs to advance in every aspect of its singular mode of education/character formation.  By working with Rebuild Dominica, the DCC benefits from the collective intellectual and material  resources of Dominicans and friends of Dominica, at home and abroad directed at sustainable development in agriculture and industry. 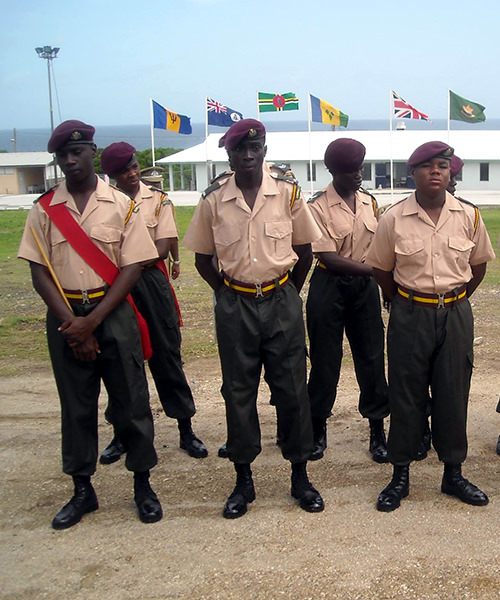 Your support is the most important thing we need. Find out how you can help us.